Sookie and Godric were watching from a distance as Sook and Eric were talking peacefully. Thanks to them being vampires, they could hear everything.

“Thanks again for helping me out,” Sook thanked Eric.

“Of course, all you need to do is ask,” Eric answered.

“Gosh, if I had met this Eric first I might have been nicer,” Sook said regretfully.

“You like when I am…flirty. I know you do,” Eric smiled.

“Flirty. That’s one way to put it,” Sook huffed.

Eric bent down so his face was almost level with hers, “You are the most beautiful woman I have ever met,” he complimented.

Sook seemed incredulous as she remarked, “You’re just saying that to get into my pants.”

“No, it’s the truth,” Eric confessed with a nod.

“How could that be possible? You’ve been with so many women in your life,” she responded.

“Beauty is more than just looks, it is as you humans say ‘what is on the inside’. Sookie Stackhouse I have never met someone as perfect as you,” Eric explained. Sook leaned into Eric and they kissed. Eric lifted her up as they continued to kiss. Sookie’s attention was drawn by her senses alerting her that a figure was drawing near the couple at vampire speed. The figure approached the couple, and without breaking their stride, ran up to Eric and ripped Sook from his arms, releasing her without making sure she was steady on her feet before releasing her. Since Sook was unsteady on her feet, and disoriented from the sudden movement, she fell to the ground. Sookie rushed over to her and helped her up; Godric was with them in the next second. Bill had finally returned.

“Sookeh, I was gone for one night to find out how to deal with that stupid maenad and already you’re in Eric’s bed?!” Bill was angry. He grabbed Sook’s arm and started to haul her away. “We are leaving now,” he yelled.

“Bill you’re hurting me! Let go!” Sook cried. Eric sped over to Sook and Bill. He put his hand around the wrist of the hand that was holding Sook and forced him to let her go by bending Bill’s arm back: Sook ran behind Eric.

Sookie and Godric came over and Sookie whispered in Sook’s ear, “Remember what I said about asking for protection.”

“Eric, will you protect me against Bill Compton?” Sook asked.

“Delighted to,” Eric answered as he reveled in his defeat of Bill.

“Darling, I was only trying to protect you,” Bill pleaded. Eric stomped on Bill’s foot knocking him to the ground as Bill’s foot was broken.

“You just called me a whore and gave me a bruise that will take months to heal all because I kissed Eric! That’s it! William Compton, we are no longer together!” Sook fought back.

“No! I am finally seeing you clearly. So why don’t you tell the truth for once,” Sook declared.

“I don’t know what you’re talking about,” Bill denied.

“Oh please! I’m not fucking stupid. Eric and Sookie, and even Godric told me what you did before you came here. A procurer for the queen of Louisiana! No one gives up that kind of luxury to come live in Bon Ton,” Sook continued. Sookie was amazed that Sook was confronting Bill and had figured it out on her own. “But you didn’t give it up, did you? You are still her procurer. You’re procuring me,” Sook stated angrily.

“Yes, fine you bitch. Is that what you want to hear? I was sent here to get your rich fairy blood for the queen,” Bill was angry again. Sookie’s and Godric’s fangs came down at that revelation.

“That is all I wanted to hear. Eric, you can do what you want with him, just please don’t kill him,” Sook finished. Sook turned away from her former boyfriend and took a few steps away. Eric gave a fangy smile as he looked at Bill. He stomped again on Bill’s foot re-breaking it.

“You are banished from my area. Be glad I show mercy. Go, run back to the queen and tell her you have failed. I am sure she will have a fitting punishment for you,” Eric commanded. Bill got up and hobbled away as fast as he could. Sookie, Godric and Eric turned to Sook. “He is gone Sook,” Eric told her. Sook was quiet for a moment, then her shoulders started to shake and she started to cry. Eric walked over and put his arms around her. Sook buried herself into Eric. Sookie and Godric looked at each other and nodded. They sped away, letting the two have their moment. When they got home they sat on the couch, Sookie laying across Godric.

“Do you think Sook will be alright?” Godric wondered.

“Yeah. I’ll call her in a few days. Right now, she needs to be with her mate,” Sookie replied.

Author’s Note: Let me know what you think. I had already decided to do a third story but hadn’t told my wonderfully, amazingly, fabulous beta tj6james when she insisted I write a third story. Thanks goes to tj6james for doing this story and Immortal Lovers as well. I don’t own True Blood or Sookie Stackhouse. 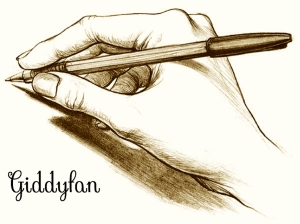 Blogs I follow/writers who are great

Musings and Obsessions of a 40 yr. old Teen

lexichan17
Why Dont You Try Living A Little?

"Books are the plane, and the train, and the road. They are the destination, and the journey. They are home." -Anna Quindlen

All Things Reptile and Amphibian!

Where I plan to write my True Blood stories..

Just me, my life, and a little fanfiction

Where Eric comes to play.

This WordPress.com site is the cat’s pajamas